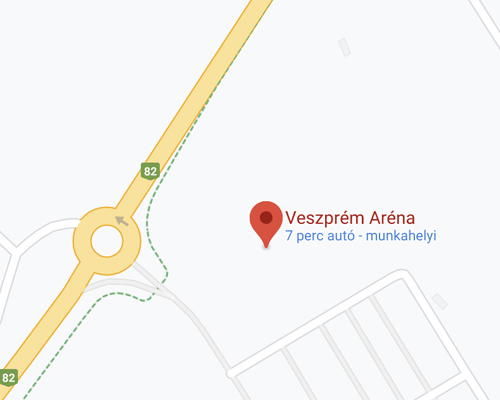 DATE: 2023. 01. 24.
hu
Home
Sports Nothing is impossible in sports
Entertainment Up to 5300 people can Enjoy our concerts
Exhibition Fairs and Interactive exhibitions
Conference Hungarian and International events

RIGHTS, AND RULES IN THE ARENA

1. A spectator can be admitted to the premises of a sports event if:
a) He is in possession of a valid ticket, season ticket or any other certificate entitling him to enter.
b) On admission the personal details of the holder of the ticket, season ticket or club card correspond to the details in the identification papers.
c) He is obviously not under the effect of alcohol, illegal drugs or other narcotics.
d) He does not have alcohol, illegal drugs or any other object on him that endangers the holding of the sports event, furthermore other people’s personal safety or material security, the possession of which is prohibited by the rules of law or the organiser prohibited its taking in to the sports event.
e) He does not have on him any displays, flags inciting to hatred against others or totalitarian symbols prohibited by the rules of law.
f) He is not under the effect of a ban or prohibition.
g) He consents to the search of clothing and baggage.
h) He acknowledges that in the course of the sports event television or sound recordings can made of him in the places described in the rules of law. i) He acknowledges that in the course of the sports event the organisers continuously control the observation of the ground regulations.

2. The policemen providing the event’s security and the employee of the organiser organ is entitled to search the sports event participant’s clothing and baggage, to establish his personal identity, to remove or hold him back from the event.

3. The participant can enter the premises of the sports event only through the gate designated on the ticket, season ticket or invitation card, approach his sector on the designated route and occupy the seat displayed on his ticket/season ticket/invitation card. He can leave the sports establishment at the point of entry, unless the organiser or arranger or the police disposes otherwise.

4. The person who steps into or throws anything into the area closed off from the spectators or a certain group of the spectators commits a crime. The organisers hold back the person committing the breach of law and hand him over to the police.

5. The spectator’s rights and obligations at the sports event:
a) He shall observe the dispositions of the ground regulations, the specifications prescribed by the organiser and the arrangers’ orders.
b) He cannot perform an activity that disturbs, sabotages the sports event’s order or endanger the participants’ personal safety or material security.
c) He cannot cover his face intentionally or hinder his personal identification.
d) At sports events, selling and consumption of alcoholic beverages with an alcohol content of not more than 5% is only allowed with the organizer's consent.
e) He must observe the smoking regulations.
f) He cannot behave in a racist or inciting manner.
g) Ha can place a float, flag onto a fence, handrail, column only with the organiser or arranger’s permission.
h) He is obliged to leave the premises of the sports ground on the organiser, arrangeror police’s demand.

6. If the spectator does not observe the content of the ground regulations, he will be removed from the sports event or held back until the arrival of the police.

7. The spectator or, in case of more tortfeasors, the spectators participating in causing damage are collectively liable for the damages caused through the breach of the security regulations. The damage liability does not affect the spectator’s misdemeanour or criminal liability. The tortfeasor is obliged to pay for the costs resulting from the tort, to the sports organisation.

8. The organiser’s rights and obligations for the sake of the safe completion of the sports events:
a) He informs the participant of the sports event of the terms and conditions of the admission, the method of control and the possibility of removal outside the sports establishment and in its premises in well-visible, updated bills with pictograms, in Hungarian, English, German and the foreign guest sports organisation’s country’s language.
b) He takes care of the documented reception of the objects that cannot be taken in according to the ground regulations, the safe keeping and returning to the entitled person on leaving. If the owner does not show up for the objects that could not be taken in, within two hours from the end of the sports event, the organiser or arranger proceeds according to the rules of responsible safe-keeping.
c) He is entitled to observe the premises of the sports event, the admission points, the public domain belonging to the sports establishment and the designated parking areas with cameras making the participants’ individual identification possible, make recordings and treat them according to the disposition of the rules of law.

9. The organiser took out liability insurance for the participants.

12. The above rules were pinned up at the entrance points of the sports establishment in Hungarian, English, German and the guest sports organisation’s languages.

Request your offer. It's simple and only takes a few moments. And your personalised offer lands in your inbox within just 24 hours!

This site uses cookies. Some of them are essential, while others help us improve your experience.

This site uses cookies. Some of them are essentials while others help us improve your experience.

These cookies allow the website to remember choices you make and provide enhanced features (like support). Some of them might be third-party cookies and the data they collect can be put to purposes unknown by us as the site owner. Please refer to our thir
Preferences
There are currently no functional cookies on this site.

Social cookies allow us to use buttons and widgets provided by social network services and other third parties. They commonly set cookies which enable visitors to post links to, ‘Like’ or comment on a site through their social networks. They often also allow tracking of visitors across other sites that have the same sorts of functionality embedded in them. Please refer to the third-party processors' and partner' privacy policy for more details.
Preferences
There are currently no social cookies on this site.

This site uses cookies. Some of them are essential, while others help us improve your experience.